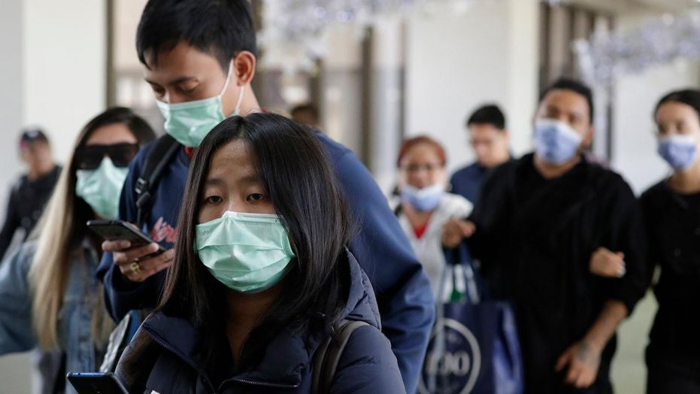 Sen. Tom Cotton called on the Trump administration Tuesday to impose a “targeted travel ban” on flights to the United States from China to stem the spread of the coronavirus.

In a letter to members of Trump’s cabinet, the Arkansas Republican outlined a four-step plan to contain the disease, starting with a ban on commercial flights from China to the U.S. The virus has now killed more than 100 people and infected thousands of others.

” There’s no need for recreational, student or educational, or non-critical business travel under the circumstances until this crisis is under control,” Cotton wrote.

He also proposed giving Americans in China the option to evacuate and return to the U.S. under “appropriate, elevated monitoring,” the development of criteria for trade with China to continue and to allow medical personnel and scientists to travel there to address the crisis.

He also urged the federal government to work with the scientific community on developing a vaccine.

“Given the latest developments and the many unknowns about this virus, we ought to follow Benjamin Franklin’s maxim: an ounce of prevention is worth a pound of cure,” Cotton wrote. “America is blessed with world-leading researchers and laboratories on the cutting edge of medical science and epidemiology. Working in tandem with them, I’m confident our federal research agencies can develop a vaccine in record time.”

China has been scrambling to contain the virus, which began in Wuhan and has since infected at least 4,500 people. The city and 17 others have been quarantined, impacting up to 50 million people.

Cotton said the true number of deaths and infections are most likely higher due to the Chinese Communist Party’s history of covering up or minimizing disease outbreaks, as it did with the Severe Acute Respiratory Syndrome (SARS) illness in 2003.

Five coronavirus cases have been confirmed in the U.S., and several other countries have reported infections, as well. Additionally, 110 people in the U.S. are under investigation for possible infection.

United Airlines announced Tuesday it was suspending some flights to China as the virus continues to spread. Screenings at major airports around the country have already begun, and the State Department urged travelers to avoid going to China.

The agency issued another advisory for the Hubei province, the capital of which is Wuhan.

Other countries have also taken action to mitigate the coronavirus impact. Mongolia closed its vast border with China and Malaysia said it would bar visitors from the Chinese province where the virus first began.