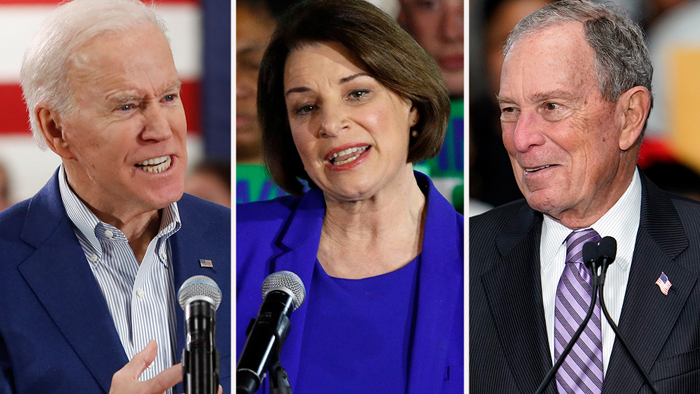 Pundits and political strategists have filled the airwaves with talk of “moderates” who will rescue Democrats from the ascendant Senator Bernie Sanders and his Vermont-style socialism. But the vaunted “moderate lane” lacks one thing: moderates.

Senator Amy Klobuchar of Minnesota, former mayor Pete Buttigieg of South Bend, Ind., and the rapidly sinking former vice president Joe Biden are hard-core, big-government left-liberals. While they may not be full-blown socialists, the balderdash that they are even vaguely centrist is either desperately uninformed or deliberately dishonest.

NEWT GINGRICH: SANDERS, BUTTIGIEG, BLOOMBERG AND MORE – THE TRUTH ABOUT THE 2020 PRIMARY SEASON SO FAR

The Americans for Democratic Action awarded Sanders a 2018 Liberal Quotient of 100 percent — a perfect left-wing score. The “moderate” Klobuchar tailgated Sanders with a 95 percent rating that year. But in 2017, Sanders scored a 95, with Klobuchar to his left at 100. Biden, for his part, earned an 80 percent Liberal Quotient in 2008, his final year in the Senate. While not as far left as Klobuchar and Sanders, who both hit 100 that year, Biden was much closer to the liberal fast lane than to the middle of the road.

Deroy Murdock is a Manhattan-based Fox News contributor, a contributing editor with National Review Online, and a senior fellow with the London Center for Policy Research.