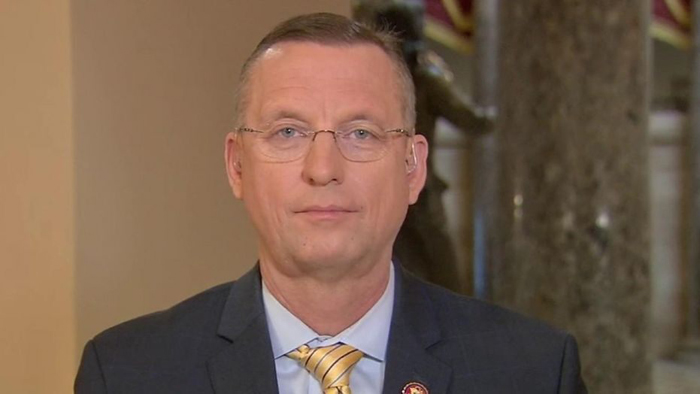 Collins, a Trump impeachment legal team member, was a guest Monday on “America’s Newsroom,” where he also said that he doesn’t think the timing of the leak is a coincidence.

The excerpt was published in The New York Times on Sunday. The newspaper exclusively reported that Bolton’s manuscript included a claim that Trump explicitly linked a hold on Ukraine aid to an investigation of Joe and Hunter Biden. According to a transcript of Bolton’s forthcoming book reviewed by the Times, Trump told Bolton in August “that he wanted to continue freezing $391 million in security assistance to Ukraine until officials there helped with investigations into Democrats including the Bidens.”

“The question really becomes this: Is it new information? Not really,” Collins said. “Adam Schiff could have actually subpoenaed John Bolton, went through this process in the House, he chose not to.

“It’s amazing to me, again, how we’re having selective leaks at this point in time. I think it should be interesting to anyone how this happened.”

In the coming days, the Senate is expected to vote on whether Trump’s trial will permit any witnesses. Democrats want to hear from witnesses including Bolton, who said earlier this month that he would testify should he be subpoenaed by the Senate.

“Nothing in what we’ve seen so far, and it’s simply just leaked parts of this transcript, has changed the basic facts of what we’re talking about,” Collins said on Monday. “There was no conditionality, the Ukrainians did nothing for the aid and they got the aid.”

“I think the discussions internally on how that went about just really doesn’t change anything except it goes back to show that if he [Bolton] is such a relevant witness now, why was he not such a relevant witness for the House, and why did [lead impeachment manager] Adam Schiff have to plead to the Senate to call people now?” he asked.

President Trump himself refuted Bolton’s claims on Twitter on Sunday.

“Let’s remember that this is because the calendar and clock were against them,” he continued.

“The calendar and the clock wanted to do this before the end of the year, they had no desire and Adam Schiff actually admitted on the floor of the Senate, he said, ‘Well, we could have done that’ but then he would’ve said we had to go to court. That’s amazing coming from a lawyer not wanting to follow the processes already set forth.”

Fox News’ Gregg Re and Gillian Turner contributed to this report. Talia Kaplan is a reporter for FoxNews.com.

How coincidental, Bolton leaks excerpts from his new book and lists his book for pre-sales (release date March 2020) on Amazon.com owned by billionaire Jeff Bezos the same owner of WAPO (Washington Post) a news organization which has been very critical of the Trump Administration. Sometimes labelled as fake news.

Look fishy to you?