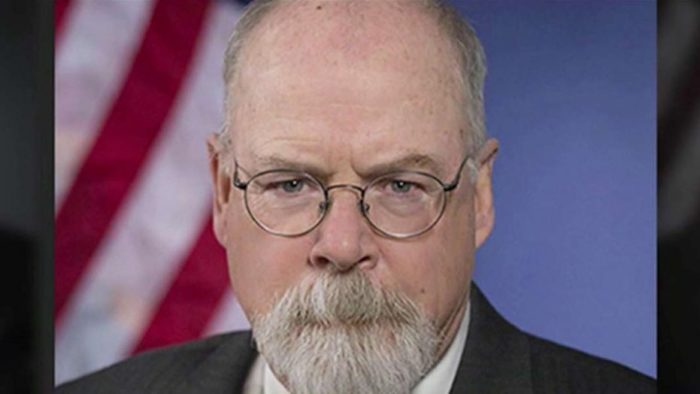 EXCLUSIVE – John Durham, the U.S. attorney reviewing the origins of the 2016 counterintelligence investigation into Russia and the Trump campaign, is probing a wider timeline than previously known, according to multiple senior administration officials.

Fox News previously reported that Durham would be reviewing the days leading up to the 2016 election and through the inauguration.

However, based on what he has been finding, Durham has expanded his investigation adding agents and resources, the senior administration officials said. The timeline has grown from the beginning of the probe through the election and now has included a post-election timeline through the spring of 2017, up to when Robert Mueller was named special counsel.

Attorney General Bill Barr and Durham traveled to Italy recently to talk to law enforcement officials there about the probe and have also had conversations with officials in the U.K. and Australia about the investigation, according to multiple sources familiar with the meetings.

Barr assigned Durham, the U.S. attorney in Connecticut, back in May to conduct the inquiry into alleged misconduct and improper surveillance of the Trump campaign in 2016, as well as whether Democrats were the ones who’d improperly colluded with foreign actors.

The attorney “is gathering information from numerous sources, including a number of foreign countries. At Attorney General Barr’s request, the president has contacted other countries to ask them to introduce the attorney general and Mr. Durham to appropriate officials,” Justice Department spokeswoman Kerri Kupec said last month.

Durham, known as a “hard-charging, bulldog” prosecutor, according to a source, has been focusing on the use and assignments of FBI informants, as well as alleged improper issuance of Foreign Intelligence Surveillance Act (FISA) warrants. Durham was asked to help Barr to “ensure that intelligence collection activities by the U.S. government related to the Trump 2016 presidential campaign were lawful and appropriate.”

Pelosi made the comments on MSNBC’s “Morning Joe” after host Joe Scarborough asked if she was concerned that the country’s institutions could fail due to Barr’s behavior.

“I think where they are going is the cover-up of the cover-up, and that’s very really sad for them. To have a Justice Department go so rogue, they have been for a while, and now it just makes matters worse,” said Pelosi, faulting Barr for instructing the director of national intelligence to bring the whistleblower complaint over a July phone call between Trump and Ukrainian President Volodymyr Zelensky to the White House.Bret Baier is the chief political anchor of Fox News Channel, and the anchor and executive editor of “Special Report with Bret Baier.” He is the author of “Three Days in January: Dwight Eisenhower’s Final Mission,” and “Three Days in Moscow: Ronald Reagan and the Fall of the Soviet Empire.” His third presidential book, “Three Days at the Brink: FDR’s Daring Gamble to Win World War II,” will be released in October 2019.