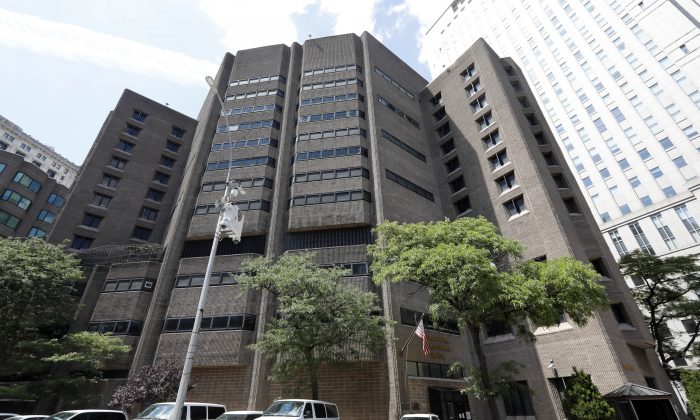 Prison guards at Jeffrey Epstein’s unit are suspected to have falsified log entries showing they carried out regular checks in the run-up to his death, according to three media reports quoting unnamed sources.

Surveillance video that captures the comings and goings of the guards does not match prison logs, which noted checks were made every 30 minutes as per protocol, said sources close to the investigation cited by both CBS and The Associated Press.

Also citing two unnamed officials, The New York Times said that the two staff members who were guarding unit 9 South had falsely recorded in a log that they had checked on the billionaire when they had actually failed to check on him for about three hours.

“The two people guarding Mr. Epstein had been asleep for some or all of the three hours,” said the newspaper, citing three officials.

The warden at the Metropolitan Correctional Center (MCC) where the convicted sex offender was being held has been temporarily reassigned pending the outcome of multiple investigations, the Department of Justice announced on Aug. 13.

No cause of death has officially been revealed for Epstein, who, according to the Manhattan U.S. Attorney, was found dead in his cell on Aug. 10 after what was officially called an “apparent suicide.”

According to a source quoted by the New York Post, he hanged himself with his bed sheets.

Attorney General William Barr said on Aug. 12 that the Department of Justice (DOJ) Inspector General is investigating the death of Epstein.

“I was appalled, and indeed the whole department was, and frankly angry to learn of the MCC’s failure to adequately secure this prisoner,” he said in a statement. “We are now learning of serious irregularities at this facility that are deeply concerning and demand a thorough investigation,” he added.

“We’ll get to the bottom of what happened and there will be accountability.”

“Let me assure you that this case will continue on against anyone who was complicit with Epstein,” Barr said. “Any co-conspirators should not rest easy. The victims deserve justice and they will get it.”

At the time of his death, Epstein was being held without bail and faced up to 45 years in prison on federal sex trafficking and conspiracy charges unsealed in July. According to court documents, Epstein sexually exploited and abused dozens of underage girls at his homes in New York City and in Palm Beach, Florida, among other locations.

Questions about Epstein’s connections to the rich and powerful, including former President Bill Clinton—and the apparent mysterious source of Epstein’s wealth—had been circulating for some time.

The documents released on Friday related to a now-settled lawsuit against Ghislaine Maxwell by Virginia Giuffre.

Giuffre claimed she was “forced” to have sex with many powerful men in Epstein’s circle, “including numerous prominent American politicians, powerful business executives, foreign presidents, a well-known prime minister, and other world leaders,” according to court documents (pdf).

Ghislaine Maxwell reportedly said that his private island was wired for video, according to Vanity Fair.