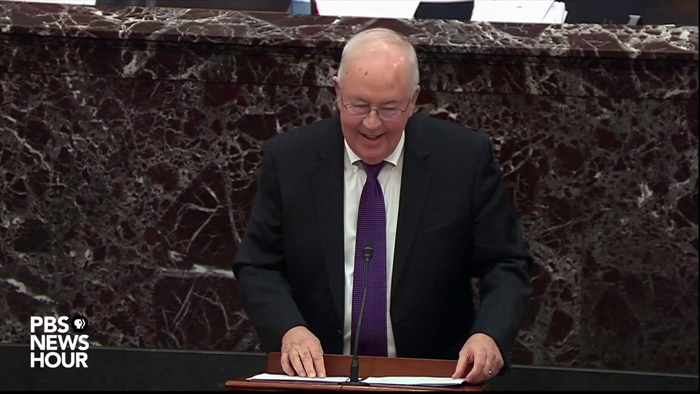 Ken Starr, an attorney for President Donald Trump who headed the Whitewater investigation into then-President Bill Clinton, said we are in the “age of impeachment” because of changes that have been made in the past several decades. “Instead of a once in a century phenomenon, presidential impeachment has become a weapon to be wielded against one’s political opponent,” Starr said.

Trump’s defense team is presenting their arguments as part of the Senate impeachment trial. The trial has entered a pivotal week as his defense team resumes its case and senators face a critical vote on whether to hear witnesses or proceed directly to a vote that is widely expected to end in his acquittal.

The articles of impeachment charge Trump with abuse of power and obstruction of Congress. The House of Representatives impeached the president in December on those two counts.