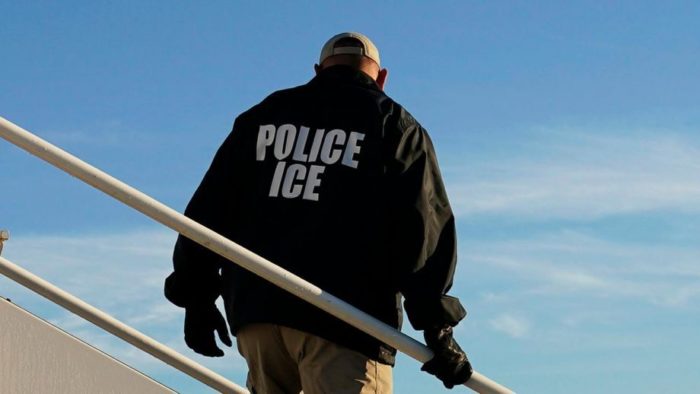 Americans have always argued about how our government should be run and what actions it should take. For the most part, we’ve settled our difference with ballots and not bullets – the Civil War being the worst exception, when irreconcilable differences over the immoral institution of slavery tore our nation in two and claimed the lives of an estimated 620,000 Americans.

Today it seems like we’re fighting a small-scale civil war. Some angry people are claiming they have the right to harm and even kill others because of differences over political and public policy issues – or because they believe people belonging to a particular racial, religious, ethnic or other group are somehow evil or inferior and must be attacked.

This is a poisonous attitude that is dangerous and un-American. Terrorism, murder and acts of violence are wrong whether they come from the right or the left. They should be condemned by all Americans and all our institutions, including government, political parties, religious institutions, and the media.

The horrific mass murders that recently killed 31 people in Dayton, Ohio and El Paso, Texas have been widely and appropriately condemned. Sick cowards committed these evil acts and there is absolutely no justification for their crimes.

Some Democratic presidential candidates and others in their party have wrongly blamed President Trump for creating a climate of hatred that encouraged the El Paso killings.

But the truth is that President Trump is simply doing his job by securing our border and enforcing existing laws. Congress can change those laws if it wants, and if enough lawmakers support new laws they can even override a presidential veto.

But presidents don’t have the right to simply ignore laws. Imagine the justified uproar, for example, if the president said he wasn’t going to enforce civil rights and anti-discrimination laws.

And the same anti-Trump media and Democratic politicians who seek to portray our current president as a racist who hates immigrants seldom mention that President Barack Obama deported a lot more illegal immigrants.

As the former acting director of ICE, I know firsthand what it’s like when federal law enforcement officers are targeted with threats of violence by the far left.

It’s particularly disturbing that many of the same Democratic politicians, news organizations and other groups that justifiably condemned the El Paso shooter for his hate-filled diatribe against Hispanic people and his murderous rampage have failed to condemn the hate-filled diatribes and violence generated by extremist on the left. There should not be a double standard.

Just last month a man attacked an Immigration and Customs Enforcement (ICE) detention facility in Washington state with a firearm and tried to set the building on fire. If he had succeeded, he could gave killed as many as several hundred people – ICE employees and hundreds of immigrants being detained for hearings.

Before attacking the ICE facility, the man is accused of sending a letter to friends that he titled a “written manifesto,” which detailed his motivation to “take action against the forces of evil” – specifically “fascism” and “concentration camps.”

Sound familiar? Authorities say the El Paso killer sent the same sort of manifesto, except he was a right-wing extremist, while the ICE attacker was a left-wing extremist.

As the former acting director of ICE, I know firsthand what it’s like when federal law enforcement officers are targeted with threats of violence by the far left.

Border Patrol Agents – along with their spouses and children – have been bullied and harassed at schools, churches and elsewhere because someone in their family chose to serve his or her country by joining the ranks of the Border Patrol.

ICE facilities and employees across the country are being threatened. There have been numerous social media posts about hurting ICE officers.

When I was acting director of ICE I had to deal with numerous death threats against my family and myself. At one point I had round-the-clock armed protection around my home for weeks.

An ICE facility last year was attacked and shut down by Antifa.

Just this week, another ICE office was attacked in San Antonio when someone shot out windows with a firearm. There were ICE employees in the building at the time.

The GEO Office in San Antonio was also damaged by gunfire. GEO is one of the companies that partner with law enforcement and ICE in managing detention facilities.

In addition to the threats of violence, we see elected officials at the local, state and national level calling the Border Patrol, ICE and anyone that enforces our immigration law Nazis, racists, and obscene names.

Rep. Alexandria Ocasio-Cortez, D-N.Y., has even called federal detention facilities for illegal immigrants “concentration camps,” as if they were no different than the death camps where the Nazis tortured and murdered millions of Jews and others.

And what have employees of the Border Patrol and ICE done to deserve both threats of violent attacks and verbal attacks from Democrats in Congress and the media? Like President Trump, President Obama and presidents before them, they have enforced the laws that Congress enacted.

But where is the outrage from the nearly two dozen Democrats seeking their party’s presidential nomination regarding the attacks noted above coming from left-wing extremists?  Where is the outrage by the media and by the Democratic leadership in Congress?

Here’s the bottom line: Hate is hate, terrorism is terrorism, and murder is murder. Politicians who condemn attacks on themselves and institutions and policies they support have an obligation to condemn such attacks on their opponents just as vigorously.

We must not let political campaigns go from a war of words to a war where people are being killed and wounded. One civil war was enough.