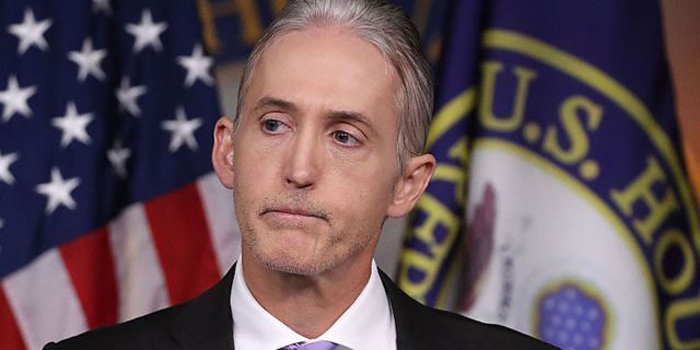 Former House Oversight Committee Chairman and Fox News contributor Trey Gowdy, R-S.C. responded Tuesday to reports that the Senate impeachment trial of President Trump could last as long as six weeks after Majority Leader Mitch McConnell, R-Ky. warned that “both sides” may have the opportunity to call witnesses.

“Talk about cruel and unusual punishment for my fellow citizens,” Gowdy said on “Your World” Tuesday. “Make them watch this group quasi-litigate this case. That is torture.”

Earlier Tuesday, McConnell said the Senate is poised to begin the trial as soon as next Tuesday, Jan. 21. He also shot down the notion — floated by the president but later amplified by Democrats — that the Senate could vote to dismiss the case. And he warned those calling for new testimony that Republicans could have the chance to call witnesses, too.

McConnell spoke to reporters after House Speaker Nancy Pelosi, D-Calif., announced that the lower chamber would vote to transmit the articles of impeachment to the Senate on Wednesday. They are doing so without assurances from McConnell that he’ll allow for witnesses and documents in the trial, despite Democrats holding up the process for the past month in pursuit of such a commitment.

On the eve of the vote, Pelosi expressed concern that after the Senate gets the two articles against President Trump, McConnell could move to dismiss the trial altogether.

But McConnell made clear later in the afternoon that the notion of a dismissal — which Trump had floated, but few senators have publicly endorsed — is not in the cards.

“I don’t support the motion to dismiss because people don’t like things being summarily dismissed,” Gowdy told host Neil Cavuto. “Let the House present its case … they’re the ones that want to remove a duly elected president. They have the burden of persuasion. Let them go, then you can entertain a motion to dismiss … at the end.”

Fox News’ Marisa Schultz and Brooke Singman contributed to this report. Yael Halon is a reporter for Fox News.

Trey would be a solid choice to serve on the Trump team.