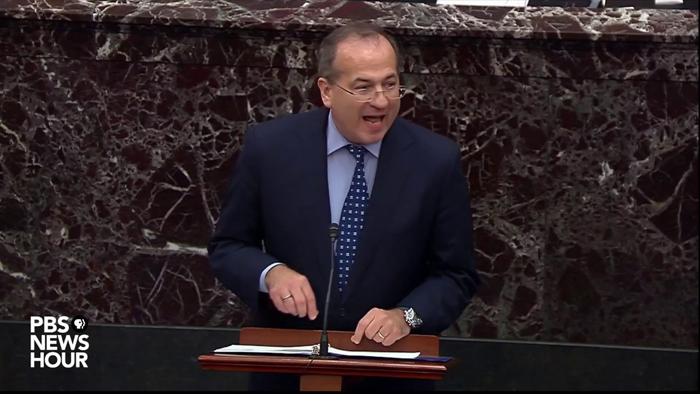 Robert Ray, a member of Trump’s legal team and the former independent counsel during the Clinton administration, wondered what America has learned 20 years later after the last modern impeachment.

“I fear that the answer to that question is nothing at all,” he said. If the impeachment articles move forward, “impeachment in the future literally will mean not only that proof of high crimes is no longer necessary to sustain the effort, but that no crime at all was sufficient so long as a partisan majority in the House said so.”

Ray then criticized the “endless procession of legal theories” that have been argued in “this partisan impeachment.” President Donald Trump’s defense team is presenting their arguments as part of the Senate impeachment trial. Trump’s trial has entered a pivotal week as his defense team resumes its case and senators face a critical vote on whether to hear witnesses or proceed directly to a vote that is widely expected to end in his acquittal.

The articles of impeachment charge Trump with abuse of power and obstruction of Congress. The House of Representatives impeached the president in December on those two counts.