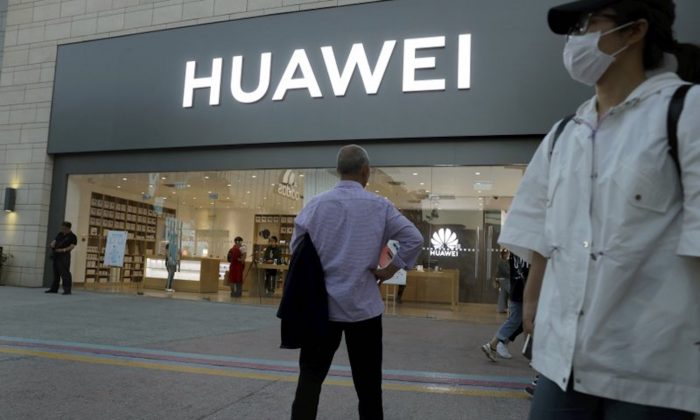 WASHINGTON—Intelligence officials have warned that Chinese telecom giant Huawei considered evading a ban on selling its products in the United States by shipping to Mexico millions of unlabeled smartphones, which would then be imported into the United States bearing other brand names.

“According to the officials, the Shenzhen, China-based company planned to ship a large number of its smartphones to Mexico where the smartphones would be re-labeled,” journalist Bill Gertz reported Aug. 12 in The Washington Free Beacon. Gertz was first to report the warning from U.S. intelligence officials.

“As non-Huawei devices, there would be no prohibition on selling them in the United States. The phones, however, could be identified as Huawei devices by examining their electronic components that can be traced to the Chinese telecom.”

No other details about the Huawei plan could be learned, Gertz said. Huawei is the world’s second- or third-largest telecommunications company, depending on how sales are calculated.

The company was founded in 1987 by Ren Zhengfei, who is a member of the Chinese Communist Party (CCP) and a former electronic warfare expert for China’s Peoples’ Liberation Army (PLA).

Congress is presently taking its annual August recess, with many senators and representatives either back home talking to constituents, on vacation with their families, or doing official business via tax-paid overseas junkets.

Even so, the Huawei report sparked new worries on Capitol Hill. A spokesman for Sen. Rick Scott (R-Fla.), for example, told The Epoch Times on Aug. 15 that Scott wants President Donald Trump to keep the pressure on the Chinese firm.

“Senator Scott has been clear that China is not our friend and that Huawei is a national security threat to the U.S. and our allies. Senator Scott has urged President Trump to stand strong against Huawei and stay consistent in making sure they have zero access to the U.S. market,” said the spokesman, who asked not to be named.

Scott has been among the most vocal congressional advocates of tough actions by the United States against Huawei specifically and China more generally.

“It’s clear that Huawei has the capacity and the desire to steal our private information and use it against us,” he said earlier this year in an interview with Florida Daily.

Scott was referring to multiple warnings issued by U.S. intelligence, military, and cybersecurity officials in recent years that Huawei is virtually an extension of the Chinese regime.

The company is viewed as a key tool in Beijing’s long-running efforts to steal advanced U.S. technologies, as well as in cyber espionage whenever its products are bought by the government and domestic U.S. corporate customers.

The Epoch Times reported July 3 that the former wife of Haosheng Hudson Liu—currently Huawei’s top executive in Australia and the former CEO of Huawei Indonesia—described in detail how Huawei uses its business relationships with foreign telecommunications companies to conduct espionage and influence foreign companies and governments on behalf of the CCP.

The latest warning from U.S. intelligence is consistent with Huawei’s long-standing practice of making its products, especially its smartphones, available without any branding to other firms at extremely attractive prices. The process is known as “white-labeling.”

“And are you comfortable that the Department of Defense (DOD) has the tools it needs to deal with the so-called ‘white labeling’ problem, whereby a company like Huawei sells its equipment to a third party who simply rebrands it?” Gallagher asked Mattis and Dunford.

Mattis responded: “I think this an area of needed attention to include, saying we will not deal with ‘white labels.’ We need to have, we need to know who we are buying from, Mr. Congressman.”

Gallagher then asked Dunford, “As you worry about the cyber resilience of the U.S. military, are you comfortable with the risks posed by Huawei and ZTE, in particular as parts of the DOD supply chain?”

Dunford replied that he has the “same concerns both here and abroad” as Mattis described on white labeling.