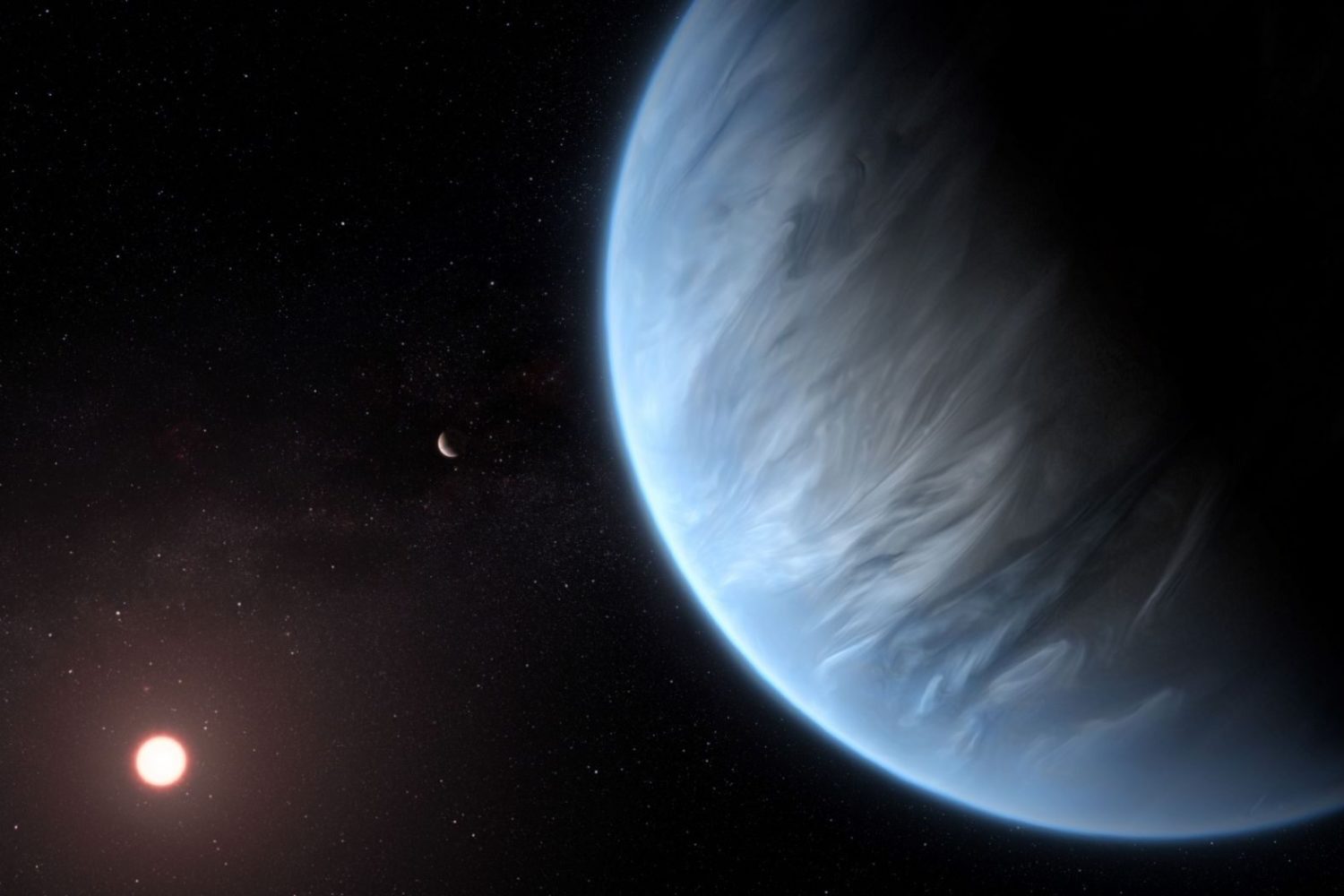 Scientists have detected water vapor in the atmosphere of a “super-Earth” exoplanet with potentially habitable temperatures. The discovery, which is being touted as a milestone, could have major implications in the search for life outside the solar system.

Experts from University College London identified water vapor in the atmosphere of K2-18b, which is 110 light-years from Earth. A light-year, which measures distance in space, equals a little less than 6 trillion miles.

“K2-18b, which is eight times the mass of Earth, is now the only planet orbiting a star outside the solar system, or ‘exoplanet,’ known to have both water and temperatures that could support life,” researchers said in a statement.

A study detailing the research is published in the journal Nature Astronomy.

“Finding water in a potentially habitable world other than Earth is incredibly exciting. K2-18b is not ‘Earth 2.0,’ as it is significantly heavier and has a different atmospheric composition,” said lead author Angelos Tsiaras, Ph.D. of UCL’s Center for Space Exochemistry Data, in the statement. “However, it brings us closer to answering the fundamental question: Is the Earth unique?”

STRANGE GIANT PLANET ‘UNLIKE ANY OTHER’ DISCOVERED

Data collected by the Hubble Space Telescope in 2016 and 2017 was used to study starlight filtered through the exoplanet’s atmosphere. “The results revealed the molecular signature of water vapor, also indicating the presence of hydrogen and helium in the planet’s atmosphere,” UCL said in its statement.

Experts think that nitrogen and methane molecules may be present in the planet’s atmosphere, but at this stage are undetectable. K2-18b is likely exposed to more radiation than Earth as result of the dwarf star it orbits, according to the researchers.

The research project received financial backing from the European Research Council and the U.K. Science and Technology Facilities Council, which is part of U.K. Research and Innovation.

The U.K. secretary of state for business, energy and industrial strategy Andrea Leadsom, praised the researchers’ findings. “This discovery by U.K. researchers is a giant leap forward in this endeavor, opening a new world of possibilities,” she said. “The secrets of our universe are out there, and I am enormously proud that our government-backed researchers and councils are at the forefront of efforts to unlock answers to mysteries that have endured for centuries.”

Astronomers also recently spotted a giant exoplanet that they say is unlike any other.

Planet HR 5183 b has three times the mass of Jupiter and travels on an incredibly long, egg-shaped path around its star, according to Caltech, which led the research. The planet takes 45 to 100 years to complete an orbit, Caltech noted in a statement.