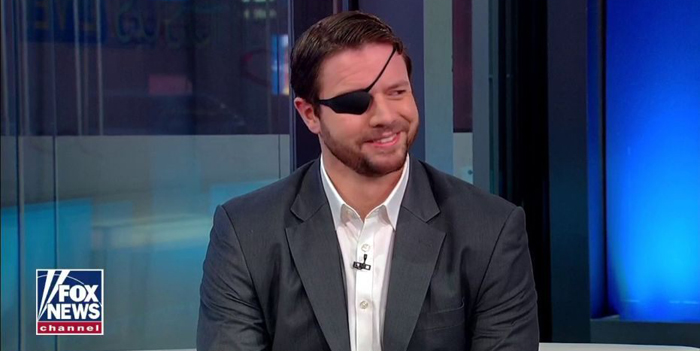 CLIMATE CHANGE COULD DESTROY HALF OF THE EARTH’S ANIMAL AND PLANT SPECIES IN THE NEXT 50 YEARS, DISTURBING STUDY SAYS

In August, the New Hampshire primary winner released his Green New Deal plan promising that the multitrillion-dollar plan to radically overhaul the economy and combat climate change would “pay for itself” over the next 15 years.

The Vermont senator has long been an advocate for the Green New Deal, but only this year has it become a central policy for many of those seeking the Democratic nomination for president. The Deal was given a big push in Congress when Rep. Alexandria Ocasio-Cortez, D-N.Y., and Sen. Ed Markey, D-Mass., introduced a formal resolution on it – which stalled in the Senate but drew support from a number of 2020 hopefuls.

All versions of such plans have gone beyond direct energy-related policies. Sanders’ plan is no different, promising that he will “generate the political will necessary for a wholesale transformation of our society” and proposing $16.3 trillion in public investments.

“I make no apologies for proposing the boldest and most aggressive climate proposal with our Green New Deal. This is a climate emergency,” Sanders tweeted Thursday, prompting Crenshaw to respond.

“Then why didn’t you vote ‘YES’ for the Green New Deal when it came to the Senate floor?” he tweeted. “Maybe because it’s not a plan. Or a good deal. Or even ‘Green.’ It’s a 3rd grade science project that isn’t based in science or engineering. Care about reducing emissions?”

“And the difference is, like, I’m not insulting the guy. I’m not calling him names. We’re not doing what they do to President Trump,” Crenshaw told the “Friends” hosts.

In November, the United Nations reported what it called “bleak” findings as it warned that the world was headed toward global “extinction” and would need to increase its efforts “fivefold” if nations wanted to reach the temperature reduction goal outlined in the Paris climate agreement.

According to the report, global temperatures are set to rise by 3.2 degrees Celsius by the end of the century — a significantly higher target than Paris’ 1.5 degrees. In order to bridge the gap, the U.N. called for a 7.6 percent per year reduction in emissions between 2020 and 2030.

The U.N. warned that the expected temperature increase would translate into “mass extinctions. Large parts of the planet would be uninhabitable” and on Thursday a disturbing new study suggested that climate change could wipe out half of the planet’s animal and plant species by 2070.

Progressives like Ocasio-Cortez have called for sweeping reforms, arguing that the cost of inaction outweighs the cost of transforming the economy.

Conservatives, meanwhile, have warned about economic consequences and pointed to failed, historical climate predictions as reasons for avoiding drastic change.

While cost estimates for climate plans have varied considerably, the U.N. called for the U.S. to spend between $1.6 trillion and $3.8 trillion annually on energy investments for the next 30 years. That would mean spending as much as $114 trillion by 2050.

House Republicans on Wednesday unveiled legislation focused on carbon capture and sequestration, which includes the goal of planting a trillion trees, to counter the Democrats.

The proposal sets a goal of the U.S. planting a trillion new trees by 2050 to counter global warming by sucking carbon out of the air rather than regulating emissions, as well as incentivizing carbon capture and sequestration through a tax credit and investing in research and development of the technology to do so, according to House Minority Leader Kevin McCarthy.

“And the irony of it…If you care about reducing emissions, you can’t do what [Democrats are] saying,” Crenshaw stated. “What do they say all the time? They say ‘ban fracking, ban fracking.'”

Hydraulic fracking is a proven drilling technology used for extracting oil, natural gas, geothermal energy, or water from deep underground. However, critics of the process argue that fracking releases potentially carcinogenic chemicals, contaminates groundwater around the site, pollutes the air with methane, and can cause tremors around the area.

“We just reduced emissions in this country this past year by almost 3 percent — more than any other country in absolute terms. We’ve reduced more in the last couple of decades than the last 12 countries combined. That’s a really big deal. But, why is that? Natural gas fracking,” said Crenshaw. “That’s why because natural gas is a cleaner energy and we should export it to the rest of the world.”

“It’s about investing in what is actually not science fiction,” he said, “but really interesting stuff.”

Fox News’ Adam Shaw and Chris Ciaccia contributed to this report. Julia Musto is a reporter for Foxnews.com