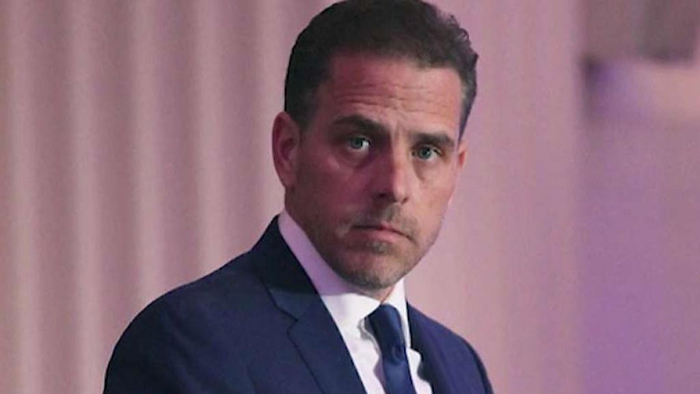 Within moments of House Speaker Nancy Pelosi announcing the impeachment managers to prosecute the case against President Trump, Democrats were already clashing with Republicans over the prospect of calling GOP-sought witnesses — like Hunter Biden — to testify as part of the Senate trial.

House Judiciary Committee Chairman Jerrold Nadler, D-N.Y., who will serve as one of the House managers, slammed the idea of calling former Vice President Joe Biden’s son to testify, claiming he is not a “relevant” witness.

“The relevant question is relevance. In any trial you call witnesses who have information about the allegations, about the charges,” Nadler told reporters Wednesday. “The allegations, for which there is a mountain of evidence, is that the president betrayed his country by trying to extort Ukraine by withholding $391 million in military aid that Congress had voted in order to get Ukraine to announce an investigation of a domestic political opponent—that is the allegation.

He added: “Any trial judge in this country would rule such a witness as irrelevant and inadmissible.”

The pushback comes as both sides have grappled with the question of whether new witness testimony will be sought in the Senate. Pelosi delayed transmitting the articles in a bid to extract a commitment on witnesses, but Democrats are mainly interested in hearing from top Trump lieutenants with knowledge of the push to pressure Ukraine to launch investigations of Democrats while aid was withheld.

While Republicans have not committed to doing so, they have countered that a new round of testimony could give them the opportunity to call their own witnesses — like Hunter Biden.

Hunter emerged as a central figure in the Ukraine controversy due to his business dealings.

The inquiry began when a whistleblower reported that Trump had pushed Ukrainian President Volodymyr Zelensky to launch an investigation into the Biden family’s dealings in Ukraine—specifically, why Joe Biden pressured former Ukrainian President Petro Poroshenko to fire a top prosecutor, Viktor Shokin, who was investigating Ukrainian natural gas firm Burisma Holdings, where Hunter held a lucrative role on the board, bringing in a reported $50,000 per month.

House Republicans noted that in testimony from former State Department official George Kent, he raised concerns about “the appearance of a conflict of interest stemming from Mr. Biden’s position on Burisma’s board.”

At the time, the former vice president was running U.S.-Ukraine policy under former President Barack Obama.

Senate Majority Leader Mitch McConnell, R-Ky., meanwhile, has vowed to take up the issue of witnesses after the trial has started. In remarks to reporters on Tuesday, McConnell suggested that both parties could call preferred witnesses if they go down that road.

“We will be able to go through some preliminary steps this week … which would give us the ability to start the actual trial next Tuesday,” McConnell said. He went on to say that he would address the issue of potential witnesses at “the appropriate time,” and that “both sides will call witnesses they want to hear from.”

Asked directly about calling the younger Biden to testify, he said: “I can’t imagine only the witnesses our Democratic colleagues want to call would be called.”

Sen. Ted Cruz, R-Texas, has floated the idea of “witness reciprocity,” which would mean that if Democrats called a witness, like ex-White House National Security Adviser John Bolton, Republicans could then call on their own witness.

Meanwhile, Pelosi announced the House managers who will prosecute the case against the president. The managers include House Intelligence Committee Chairman Adam Schiff, D-Calif., who will be the lead manager and who directed much of the impeachment inquiry out of his committee, and House Judiciary Committee Chairman Jerrold Nadler, D-N.Y., whose panel drafted the articles of impeachment.

During Clinton’s impeachment in 1999, there were 13 House impeachment managers. Pelosi chose seven for Trump’s trial.

Announcing the managers, Pelosi argued the charges against the president will be a stain on his legacy, dramatically referring to an “impeachment that will last forever.” She said the House on Wednesday will pass a resolution to appropriate funds for the trial, and transmit the articles — abuse of power and obstruction of Congress — to the Senate.