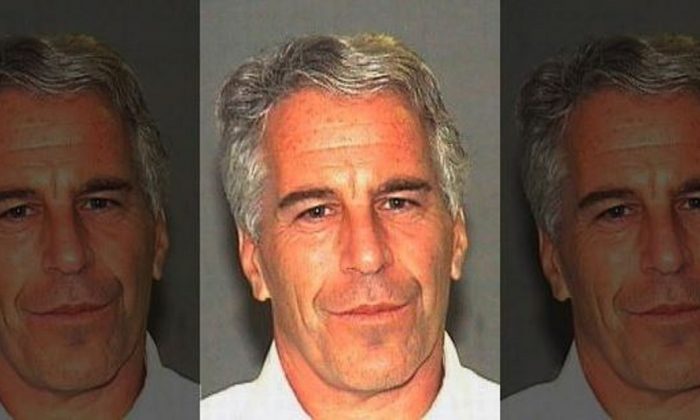 A former inmate at the Metropolitan Correction Center in lower Manhattan, where billionaire Jeffrey Epstein was found unresponsive before he later died, told the New York Post on Aug. 11 there is “no way” he could have killed himself.

The inmate, who was not named, said he spent several months at the facility, inside the 9 South special housing unit for prisoners like Epstein.

“There’s no way that man could have killed himself. I’ve done too much time in those units. It’s an impossibility,” the inmate wrote. “Between the floor and the ceiling is like eight or nine feet. There’s no way for you to connect to anything.”

He said that the sheets provided to inmates are like “paper” and are not “strong enough” to make a makeshift noose. Epstein also weighed around 180 pounds.

“When you’re on suicide watch, they put you in this white smock, a straight jacket. They know a person cannot be injurious to themselves,” the person also wrote, adding: “Could he have done it from the bed? No sir. There’s a steel frame, but you can’t move it. There’s no light fixture. There’s no bars.”

What’s more, prison officials don’t give inmates enough to make something they could kill themselves with, he claimed.

The inmate suggested that the cell could have made an adverse psychological impact on Epstein.

“I told my parents not to come there. God wasn’t in the building,” he wrote, adding that “it’s like you’re an animal and you’ve been brought into a kennel.”

“Some of the guards are on a major power trip. They know guys there are suffering. They know something the rest of the world hasn’t seen, that a place like this exists in this country, and they get off on it,” according to the account. “If the guards see that the guy is breaking, they’re going to help you break.”

Despite that, the inmate claimed that “Jeffrey Epstein did not commit suicide. It just didn’t happen.”

Inmates who have been housed in the Metropolitan Correction Center, including cartel boss “El Chapo” Guzman and John Gotti, have complained about the conditions for decades.

“I’ve been forced to drink unsanitary water. I’ve been denied access to fresh air and sunlight,” Guzman said in July about the conditions there, NBC News reported. “The only air I have in my cell comes through in the air vent … I have to clog my ears with toilet paper,” he added. “It has been physical, emotional and mental torture.”

“If I described these conditions to you — filthy, freezing, no natural light, isolation so extreme that you’re punished for speaking through the walls, absurd rules like prisoners not getting to see the newspapers unless they’re 30 days old, secrecy so deep that people are force-fed and lawyers can be punished for describing the conditions their clients are experiencing — you’d be forgiven for thinking that this was Iran or Russia,” Jeanne Theoharis, a professor of political science at Brooklyn College, was quoted by Gothamist for saying.

She furthermore described the Metropolitan Correction Center as a “gulag,” referring to the Soviet system, where likely millions of Russians died during the regime of Joseph Stalin.

Compounding the mystery, Epstein was placed on suicide watch after he was found a little over two weeks ago with bruising on his neck, according to a person familiar with the matter who wasn’t authorized to discuss it publicly. But he was taken off the watch at the end of July and therefore wasn’t on it at the time of his death, the person said.

Attorney General William Barr, calling for an investigation by the FBI and the Justice Department’s inspector general’s office, said he was “appalled” to learn of Epstein’s death while in federal custody. “Mr. Epstein’s death raises serious questions that must be answered,” Barr said in a statement.

Nebraska Sen. Ben Sasse, a Republican member of the Senate Judiciary Committee, wrote Saturday in a scathing letter to Barr that “heads must roll” after the incident.

“Every single person in the Justice Department — from your Main Justice headquarters staff all the way to the night-shift jailer — knew that this man was a suicide risk, and that his dark secrets couldn’t be allowed to die with him,” Sasse wrote.

The Associated Press contributed to this report.

Who had the most to lose? Certainly not Epstein. He had the funds and the information needed for another plea deal. Sounds like Arkancide…..