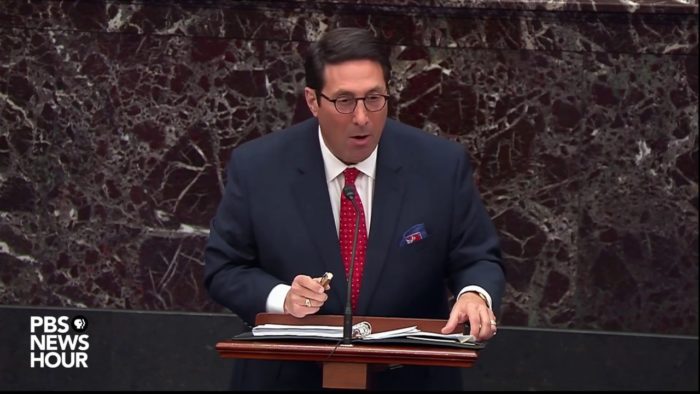 Impeachment “is not a game of leaks and unsourced manuscripts,” President Donald Trump’s lawyer Jay Sekulow said during the final day of the defense’s opening arguments in the Senate impeachment trial.

The New York Times report was based on multiple anonymous sources who described the contents of Bolton’s unpublished manuscript that was sent to the White House as part of a standard review process. Sekulow argued on Jan. 28 that the impeachment trial should be “above that fray” of leaks and politics and warned that if senators allowed that kind of information to change the trial, it would change the constitutional framework for “generations.”

The House of Representatives impeached the president in December based on two articles — abuse of power and obstruction of Congress. The Senate must now decide whether to acquit Trump or convict and remove him from office.