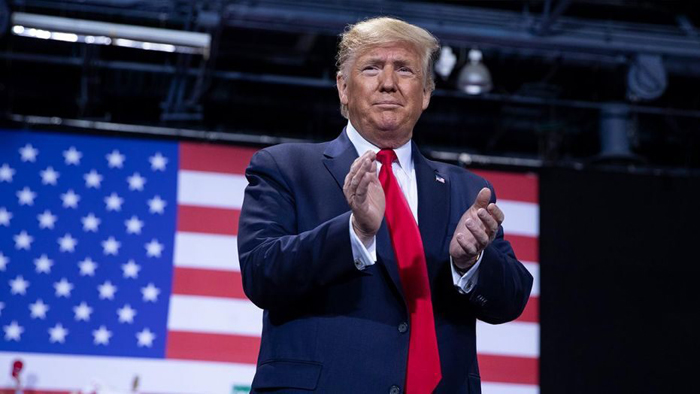 President Trump acted in the best interests of the American people Thursday when he signed an executive order to bolster and protect the rights of students to pray and discuss God in their schools. The order champions and reinforces the freedom of religion guaranteed to us in the Constitution as one of our most important rights.

The president appropriately took the action on National Religious Freedom Day. His executive order also ensures that religious entities are not excluded from participating in government-funded programs.

The presidential bully pulpit is never better utilized than when it upholds our country’s first freedoms spelled out in the Constitution’s Bill of Rights.

Critics of religious freedom often accuse people like me of wanting to establish a theocracy in the public schools, transforming classrooms into churches and auditoriums into worship centers. But this simply isn’t true.

We’re not looking to coerce or force anyone to accept our beliefs – we simply want government to respect our constitutionally derived right to freely express our own deeply held faith.

In America, you don’t lose your religious freedom when you step from the street into the classroom.

Over the years, I’ve watched countless students and business owners denied their constitutional rights when trying to express matters of faith. Discrimination comes in many forms, but its victims all suffer in some form or fashion.

I’ve also seen principled business owners savaged and threatened for declining to utilize their artistic talents to support an issue that runs contrary to biblical teaching.

One of the young people who joined President Trump at the White House Thursday was Chase Windebank, the son of my friend and Focus on the Family Chief Operating Officer Ken Windebank.

During Chase’s freshman year of high school in Colorado Springs, the young man organized a gathering of his fellow students to pray during the school day.

The students tackled many of the issues and concerns impacting today’s students – suicide, addiction, divorce and the usual challenges of youth such as dating relationships, school tests, college preparation, and even trying to navigate cliques and school bullying.

The result? Chase was hauled into the assistant principal’s office and told that the gathering violated the so-called “separation of church and state.”

Thankfully, Chase and his parents knew enough to reach out to our friends at Alliance Defending Freedom, a wonderful group dedicated to defending against these types of constitutional violations. Eventually the school backed down, after it became clear it was violating the First Amendment freedom of Chase and his friends.

But nobody, including students, should have to go to court for the freedom to pray.

As President Trump noted in his remarks Thursday, the blame rests with previous government policies that have relegated religious freedom to second-class status in America. The president’s executive order could signal a sea change in the way religious people and groups are viewed in the public square. And for that I am grateful.

My own organization has been encouraging students to exercise their religious freedom by bringing their Bibles to school on the first Thursday of every October. We just completed our fifth year, and over 600,000 students participated in Bring Your Bible to School Day last year.

President Trump also announced that his administration would be enacting rules that require federal agencies and state governments to provide a level playing field for religious entities along with secular organizations participating in government programs funded by federal tax dollars. Such action reverses years of discrimination against religious organizations simply because of what they believe.

Thursday’s announcements from the White House – especially on the important day set aside to commemorate the freedom of religion in America – are a welcome encouragement of positive change for the better in the life of our nation.

I pray we may one day look back and commemorate this day as the day religious freedom in our country began flourishing once again.

Jim Daly is president of Focus on the Family and author of  “The Good Dad: Becoming the Father You Were Meant to Be.”