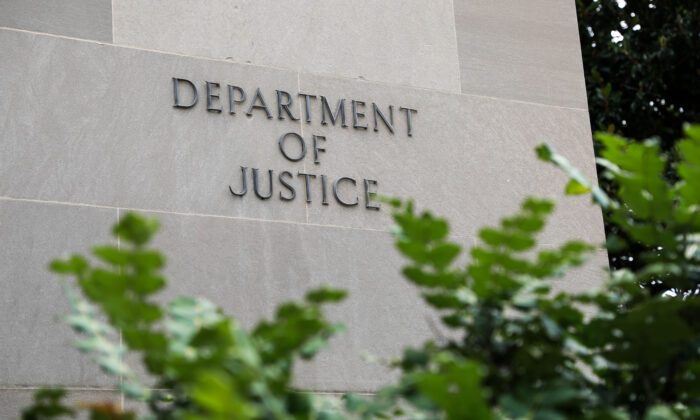 DOJ officials said in a press release that they had filed civil actions for temporary restraining orders in two separate cases to block five companies and three individuals from making further calls. The officials accused the defendants of being responsible for carrying hundreds of millions of robocalls leading to significant financial losses to elderly and vulnerable victims across the country.

The department sought an order for both cases earlier on Tuesday, and a federal court has already granted the temporary restraining order against the New York defendants, officials said.

“Robocalls are an annoyance to many Americans, and those that are fraudulent and predatory are a serious problem, often causing devastating financial harm to the elderly and vulnerable members of our society,” Assistant Attorney General Jody Hunt for the Department of Justice’s Civil Division said in a statement.

Officials alleged that the companies were operating as “gateway carriers” serving as a point of entry for foreign-initiated calls into the U.S. telecommunications system using voice over internet protocol (VoIP). Numerous foreign-based criminal organizations have allegedly used these carriers to pass fraudulent robocalls, most of which originated from India to American victims.

Victims would receive calls falsely threatening them with different types of “catastrophic government actions,” such as the termination of social security benefits, arrest for alleged tax fraud, as well as deportation for supposed failure to fill out immigration forms correctly.

These calls, the officials said, are designed to scare the victims into paying large amounts of money to the scammers to avoid fraudulent government actions.

Officials also say that the companies carried “astronomical numbers” of calls over short periods. In one example, the complaint against TollFreeDeals.com accused the defendants of facilitating 720 million calls during a sample 23-day period. Over 425 million of those calls lasted less than one second, which indicated that they were robocalls.

The department said they had previously warned the companies on numerous occasions that they were facilitating fraudulent robocalls, yet the companies continued to carry those calls.

The companies Global Voicecom, TollFreeDeals.com, and SIP Retail did not immediately respond to The Epoch Times’ request for comment.

The DOJ announcement was made together with officials from the Social Security Administration, U.S. Postal Service, and the U.S. Attorney’s Office for the Eastern District of New York.