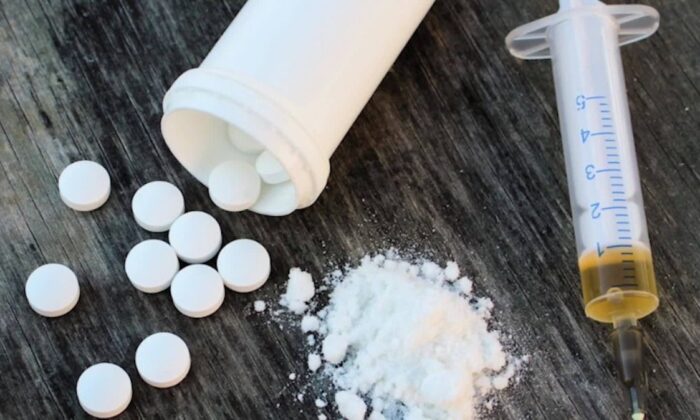 By Paula Liu, The Epoch Times

For the first time in nearly three decades, the deaths resulting from drug overdose in the United States have dropped, according to multiple reports.

As reported by The New York Times, according to government data that was published on Jan. 15, the total amount of deaths resulting from drug overdose dropped around 5 percent in 2019.

“[For the] first time in almost 30 years, we’ve seen a decline in the number of Americans dying from an overdose—its a 5 percent reduction,” said Jim Carroll, the director of the Office of National Drug Control Policy, according to The Hill. The news outlet reported that Carroll was appointed director in 2018 by President Donald Trump.

“It’s a result of everything—its working on the supply of drugs that are coming in but it’s also working on demand. It’s getting more people into treatment and its spreading the message on prevention,” Carroll said.

Carroll commended some local officials for trying to look past incarceration as a means to solve the epidemic, and instead looking for ways to offer treatment. Instead of arresting drug users, the goal is to treat and educate them as an individual. Carroll stated that this method had made a difference in the community.

According to the report, the drop was primarily attributed to the number of deaths from prescription opioid drugs, one of the drugs that had set off an epidemic in the United States. The New York Times reported that the opioid epidemic was so catastrophic that the drug had decreased the life expectancy in the country.

As a result of the epidemic, some of the states have tackled the issue head on, and created programs to help counter the amount of deaths as a form of solution, according to The Hill.

Andrew Kolodny, the co-director of opioid policy research at Brandels University said that the drop in deaths could be a turning point, calling the decrease “light at the end of the tunnel,” but said that the decrease was still nothing to celebrate because the amount of people who died from drug overdoses is still very high, according to The New York Times.